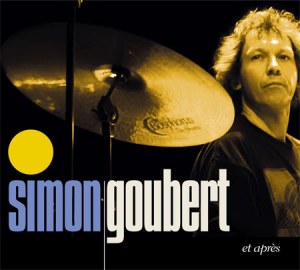 After five albums as the leader of a regular band - a quintet or a quartet - had the time come for Simon Goubert to use other facets of his talent.

I've decided for the first time to record an album which is not first and foremost the result af a collective work; I've endeavoured to enlighten influences and works that I had left in withdrawal until now. It's all a question of time,... of rhythm.
After five albums as the leader of a regular band - a quintet or a quartet - had the time come for Simon Goubert to use other facets of his talent.
First his passion for the piano, that he began learning when he was a child and keeps playing regularly - he'd been heard on this instrument with Christian Vander in Offering and Les Voix de Magma for about ten years.
Then his interest for studio works. Since he had played in about fifty recordings as a musician but also as a director, he wanted to produce an album worked out for the studio, with the help of tools and technology available today.
The music of "et après" is made up of pieces very different from one another, you can listen as well to a work on resonances - in particular with vocal harmonics - than to orchestral and written pieces, far from these five first pure jazz albums, recorded in the spirit of a live performance.
For all these reasons, the musicians that were invited to play on this new album are not only members of the band in whichSimon Goubert performs, he has worked along with them for many years and he has played with them in different circumstances, so he was very confident when he called upon their talent to take part to one or several pieces on this album.
"et après", which is a really original record, stands out from the present jazz production; an album which offers new and different things, from which emerge a palpable maturity and plenitude.